I was born in 1969 and in 1975 I joined the introductory kindergarten class at the Rudolf Steiner school in Århus and it was from there that I later moved on to the school proper. It was here that I met my first cello teacher, Göran Bergström, who allowed me – at the age of ten – to become one of the three members of a cello group playing works by Per Nørgård from his ”Nova Genitura”. Göran Bergström played the gamba in Sub Rosa, one of Denmark’s first baroque ensembles with whom he had premiered Nørgård’s ”Sea Drift” and ”Nova Genitura”. Around this time my interest in modern music was awakened through both his connections with Nørgård and my own private discovery of him through a TV production of ”Sea Drift” and a recording of ”Spell”. I had earlier grown fond of Niels Viggo Bentzon’s symphonies and even said hello to him on the streets of Århus after a concert! And Messiaen, especially his ”Oiseaux Exotique”, which I heard with soloists from the Aarhus Symphony Orchestra.

A couple of years later Hans Erik Deckert became my cello teacher after Per Nørgaard introduced us at a concert at the Numus Festival. Without either having heard him or his pupils play I went home to my mother and declared that it was HIM I wanted as a cello teacher. This was decisive for me. Hans Erik Deckert was and still is unique as a musician and music teacher. He has an uncompromising attitude to music and its role in society and believes that music is mankind’s portal into the spiritual world. How a piece of music should be interpreted isn’t a merely question of taste but rather a question of listening to and instinctively understand musical laws, and to find the techniques they demand. He is an idealist. 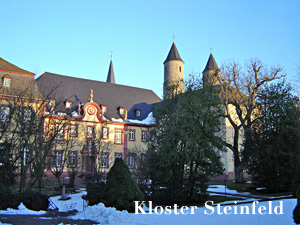 For many years he collected together a number of young cello aspirants at the German monastery Steinfeld and taught solo and chamber music. Most importantly he led them in a cello orchestra that went on tour at the end of the session. I started as his pupil and through him some of the confidence I had lost through bullying in school returned. As it must already be apparent for the reader I was a bit of a loner. A nerd some would say. At the age of twelve I was allowed to write for our cello orchestra and I composed my FIRST piece that was played in public, a quite hopeless concertino for solo cello and cello orchestra – the solo was of course dedicated to Hans Erik who became furious when the parts weren’t quite as they should be. This proved to be my first meeting with a demanding musician.

Hans Erik was forced to hear about my total fixation with Krzystof Penderecki. From 15 upwards I started a journey of discovery into the world of Witold Lutoslawski’s music from the 60’s and 70’s. He is probably the composer that most has proven to be an aesthetic compass for me: the feeling of a chromatic yet varied organisation of tones and a highly dramatic, human and natural music. I would describe this music as humanistic, on the edge of tonality, but a new form of tonality. The music is dark and has an unexplainable affinity to the literary: for me this meant Franz Kafka who I was also very interested in at that time. That Lutoslawski also had his own dodecaphonic working method was something that only became clear to me later. The other Vienna school was the other focal point of my interest, especially Alban Berg and Anton Webern. For me Lutoslawski’s works were akin to Alban Berg with his dodecaphonic sound with its special tonality that is never far away. Other works from that time I was interested in: Lutoslawski’s Cello Concerto (which still fascinates me), his ”Trois Poèmes d'Henri Michaux”, “Paroles Tissees”, “Preludes and Fugues” for 13 solo strings, Alban Bergs violin concert, a work that became my instrumentation bible, his Wozzeck, Webern’s five pieces for string quartet works for strings quartet op. 5, his 6 pieces for orchestra op. 6, his 4 pieces for violin and violin opus No. 5, Per Nørgård’s “Seadrift”, his “Solo Intimo” (because I played it) and his “Spell”. These were the most important works for me at that time. I feel as if I have taken a kind of acid bath in them because they remain so stuck with me that I can still sing parts of them. 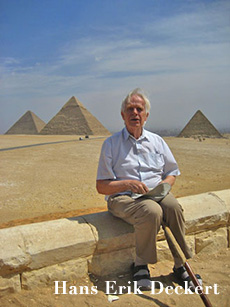 I was always writing something. When I was 14 a piece of mine was played at the Numus festival in Århus. My school supported me and I have both as a 13 year old and at the end of my time at school written music for class plays, probably to my classmate’s horror. After finishing school in 1989 I started at the conservatory with cello as my major. My main teacher was Harro Ruijsenaars, a fine cellist who was a virtuoso when he wanted and he managed to correct a number of bad habits in my cello playing. It was my luck that he accepted my “other half” – the fact that I wrote music too. At the conservatory I met Lasse Laursen and a lot of the people in the grouping around Karl Aage Rasmussen, who was the modern music powerhouse of the conservatory at that time. Lasse got me into a new ensemble Karl Aage had decided to call Ensemble 2000. They were looking for musicians who were interested in playing modern music, which I was. The great thing about Ensemble 2000 was that we all got on so well and were involved in what we were doing. I wrote two pieces for the group and became part of Karl Aage’s circle at the conservatory.

The local symphony orchestra played a work for voice and orchestra I had written with a text by Franz Kafka at a workshop for students of composition. I took part in the obligatory composer seminar one day every second week. So after I had been at the conservatory for seven years - including being abroad for a year studying composition, one month with Henryk Gorecki in Poland and three months with Poul Ruders in England – this and my diploma exam in cello meant that I was well prepared to apply to Karl Aage at the conservatory. The two years with Karl Aage – lessons every fourteenth day that were an intense conversation about what I was writing and the themes that arose as a result of his questions. In a way Karl Aage was my second Hans Erik. Both followed a Socratic form of teaching – one should become one’s own teacher. Hans Erik made me listen and Karl Aage made me think. Ideas that have been mulled over in Karl Aage’s lessons: why do I think that there are affinities between thoughts and musical phrases? Why do I believe in musical archetypes? Is the affinity between music and emotion a result of culture? Whilst studying under Karl Aage I wrote Tonkraftwerk for Århus Sinfonietta, all as one for Athelas, Chamber’s Music for Aarhus Symphony Orchestra and many works for smaller groups. I had my debut in 2001.

I believe that the affinity between music and the human mind is something that has been discovered rather than invented. You can throw away a discovery but you can’t make it disappear. You can throw a cultural inheritance away and get it to disappear – fashion or false ideas for example. For me this means that the fundamental musical discoveries such as major and minor, functional tonality, modality, counterpoint, polyphony, monophony, harmonic progressions, structural core ideas, musical rhetoric and so on are, and will always, be there as a potential in the human mind, regardless of how you as a composer relate to them. There is a dangerous path that many composers of contemporary music are already aware of: untroubled, willy-nilly, post-modernist loaning from 800 years of musical history. But it strikes me as a bizarre idea to see my justification as a composer in rejecting these fundamental musical discoveries, just for the cause of being able to call myself “contemporary”. It is being attentive that helps me achieve a kind of balance on my own path. If I as a composer am attentive I will see that even though all of the core musical ideas are old they are still in a state of flux inside my head and therefore are able to be rediscovered. Tonality exists but how can it be expressed at the present time? Does it have any relevance? If I can hear the relevance I can use it or it will simply become “carefree
re-use” (Lachenman). If I am an attentive composer I will also be able to hear in directions that lead me to new discoveries. One needs to be “mindful” as the expression from cognitive psychology would have it.